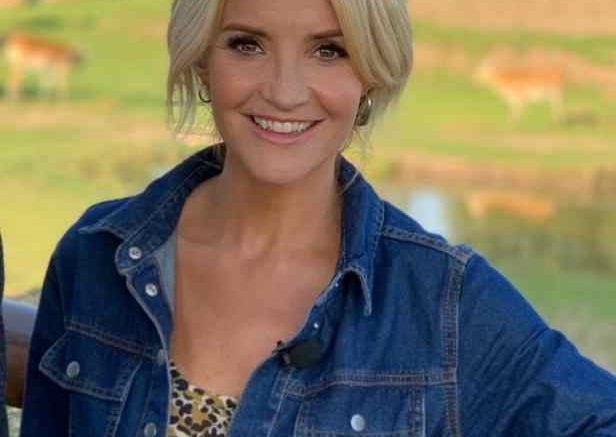 Television host Helen Skelton has announced that she has given birth to her third child with husband, rugby league player Richie Myler.

The 38-year-old, born in Carlisle, took to Instagram to reveal that her new arrival appeared at the start of the week. Helen admitted that she delayed announcing the birth as her mother prefers to keep ahead of the news before the public.

Attached with a photo of former Warrington Wolves star husband Myler carrying the adorable baby out of the hospital, Helen shared how he had an unfortunate mix up of words whilst offering his assistance as the family departed for the hospital.

She wrote: “Can always count on dickie …. of all the things he’s said (there’s been a lot) “don’t worry I will be your lido…” while on route to hospital might be my fave.

“The man meant Doula. From the mouths of men. (pic from earlier this week – just haven’t posted partly because my mam likes the family what’s apps to be ahead of insta but mainly because I am still failing to find appropriate words of thanks for our @nhsengland@nhsmillion…. legends the blooming lot of them).”

The former Blue Peter presenter announced she was pregnant in September. She has not announced the baby’s name, birth date or sex.

As well as her fans offering their congratulations on the post, personalities from sports and television also shared their well wishes to the couple.

Olympians Sir Chris Hoy and Rebecca Adlington both congratulated Helen and Richie on their new arrival, as well as baker and Strictly Come Dancing finalist John Whaite who added: “Welcome to the world beautiful baba. And congratulations family” alongside a heart emoji.

Helen and Richie’s child arrived as the couple celebrated their eighth anniversary, having married in December 2013. The couple are already proud parents to two children – sons Ernie, six, and Louis, four.

Ms Skelton remained active during her pregnancy, continuing to host Channel 5’s Winter On The Farm in the weeks running up to her due date, as well as being the compere at November’s in-Cumbria Business Awards.