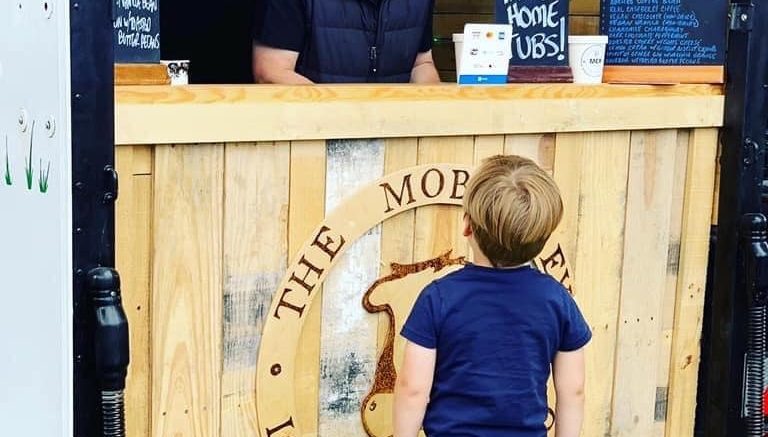 IF you ask Brian Brereton about what should or should not go in ice cream he will have a lot to say.

The founder of Mobberley Ice Cream Company is passionate about what he calls ‘real’ ingredients.

But Brian also argues that another ‘ingredient’ in ice cream is happiness.

It is pretty much always associated with happy memories and good times and for Brian, who grew up in the United States, it has been a huge part of his life since he was 16.

His first job was at an ice cream parlour in Connecticut.

“I always forget about it because really it was a part-time job and I was a kid,” said Brian. 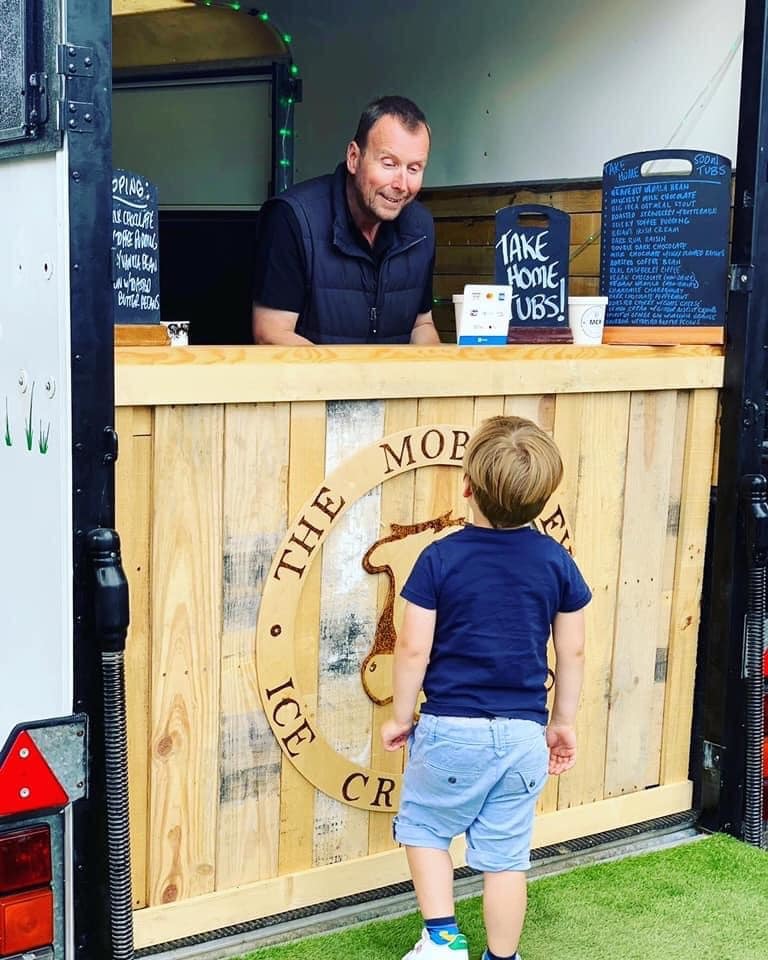 “But people have often said to me: ‘What has been your favourite job?’ And of everything I’ve ever done, it’s definitely ice cream – because nobody comes to see you unhappy.

“No one yells at their kids: ‘Right that’s it, get in the car – we’re going for ice cream’. There’s no angry returns. So ice cream is pretty fun from that perspective.”

It took a while for the ‘ice cream fanatic’ to come back to his first love though.

Brian, who has a background in training, management and sales, and his wife Deborah first came to Cheshire more than a decade ago.

But exciting work opportunities saw him move back to the States for eight years.

By 2018, with his company well established, he knew he could run the business from the UK so he returned to Bollington.

But he began to miss all American ice cream – so he decided to make his own.

Brian added: “I’m an ice cream fanatic and when I lived in America it was very easy to find really good ice cream. There were a lot of people making ‘real’ ice cream – milk, cream and sugar – and you could go to various areas and get really exotic flavours.”

In comparison, he got a shock when he first tried ice cream places in UK as some of them were made with powders or had artificial ingredients.

“So we decided after lots of frustration that we’ll just start making our own,” he said.

That became the short-lived Bollington Ice Cream Company and the start of things to come.

Brian added: “We did it just as a hobby really – on and off for maybe a year. But my ‘real work’ took a turn so we stopped.

“Then when we ended up moving to Mobberley we gave it another go. We found a dairy farmer during lockdown and said: ‘If you start pasteurising your milk, we want to make ice cream with it’.

“That’s how it took off and it’s just exploded since then.”

For his lockdown success story, Brian and Deborah teamed up with Greenoaks Farm, a mile from their house.

Brian said: “They are certified to sell raw milk from a micro herd of Jersey cows. It is very small farm but they really care about what they’re doing.”

Mobberley Ice Cream Company’s philosophy with flavours is ‘the best we can do’.

Brian added: “The first flavour was roasted strawberry with buttermilk. That kicked it all off. People just loved and said: ‘Wow, we’ve never had anything like this’. 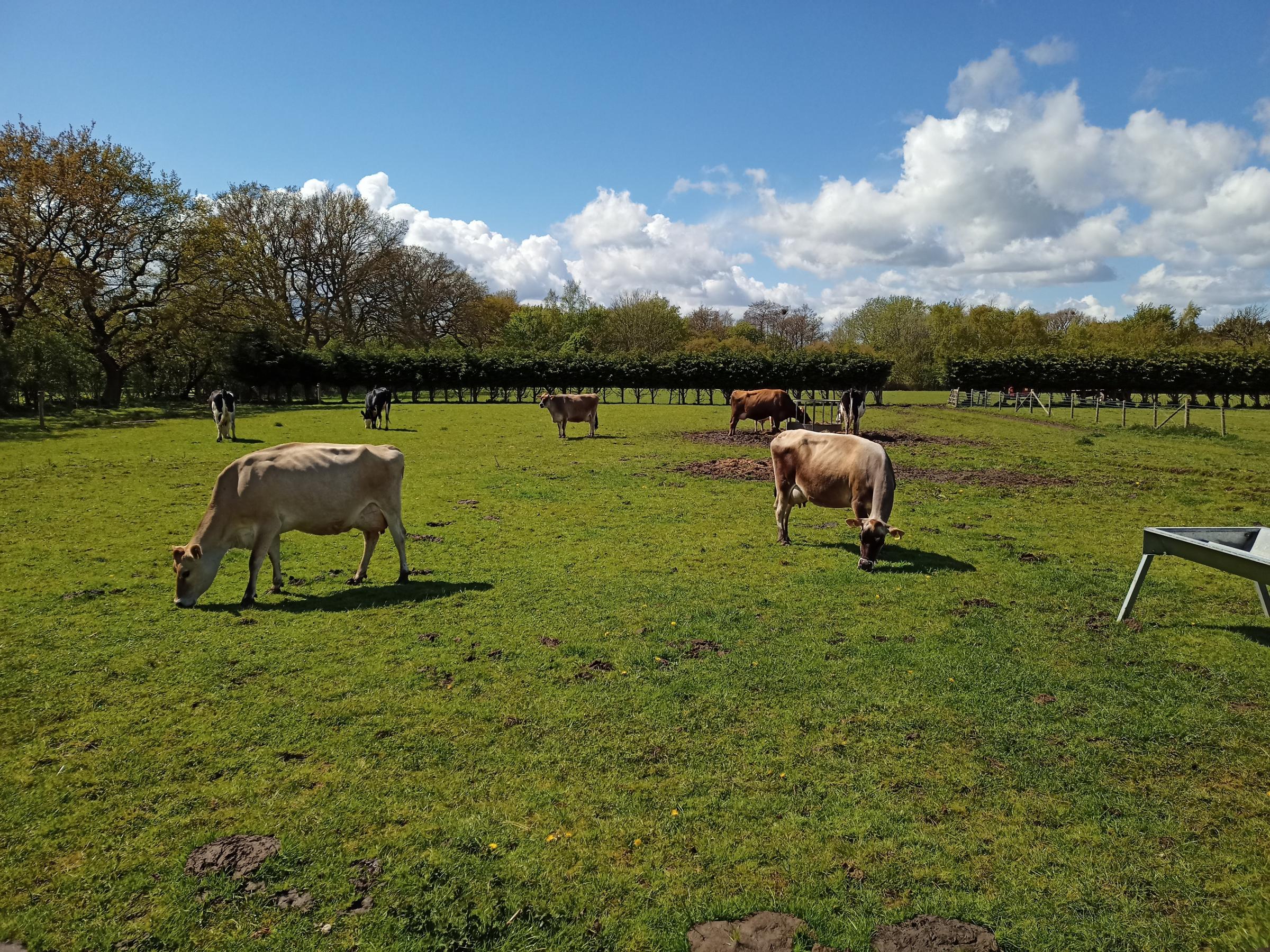 “Every one of our bases is different. To make the roasted strawberry buttermilk is a totally different process to say the milk chocolate or lemon cream.

“For our vanilla my wife hand splits and scrapes each vanilla pod and we make proper vanilla bean ice cream. People’s jaws drop when they taste it.”

Another Mobberley Ice Cream commitment is to team up with other independent businesses where possible.

Brian said: “Our first partnership or collaboration was with Big Hill Distillery in Mobberley and we made ‘Spirit of George’ gin and Valencia orange ice cream and it instantly became a top-seller.

“People request it all the time. We’ve also collaborated with Jo’s Sticky Treacle Toffee Pudding in Ashley and have made an oatmeal stout ice cream with Mobberley Brewhouse. We’re always looking for partnerships like that.”

Most of the couple’s ice creams are also made with cream cheese as a house style to build body and avoid the need for eggs to be added.

They say coming up with recipes and playing with flavours is ‘still the most fun part’.

Brian added: “We try and stay away from all the stuff that’s been heavily done before. I could easily do, say, a cookie dough ice cream but I’d prefer to do say a bourbon ice cream with toasted butter pecan because nobody’s doing that.

“Our alcohol ones are really well known now. The Irish cream ice cream is a real hit because a lot of people in England think of ice cream as this little treat after dinner so that’s a great one because it’s also made using an after dinner drink!”

So what was it like to launch Mobberley’s best kept secret during the lockdown periods?

Brian said: “Not being able to go anywhere and bring the ice cream to more people – that was the challenge part.

“But the good part was all the support we got during lockdown – because we were local and were helping other local people like the dairy farm.

“Everybody in Mobberley, Knutsford and Wilmslow would come to this farm which is on a dead end road. There’s no reason to go down that road and yet people would go out of their way to help us grow the business. We’re so appreciative of that.” 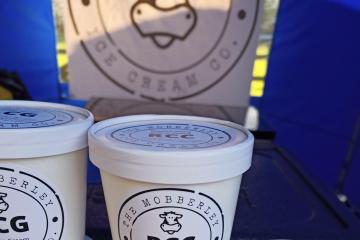