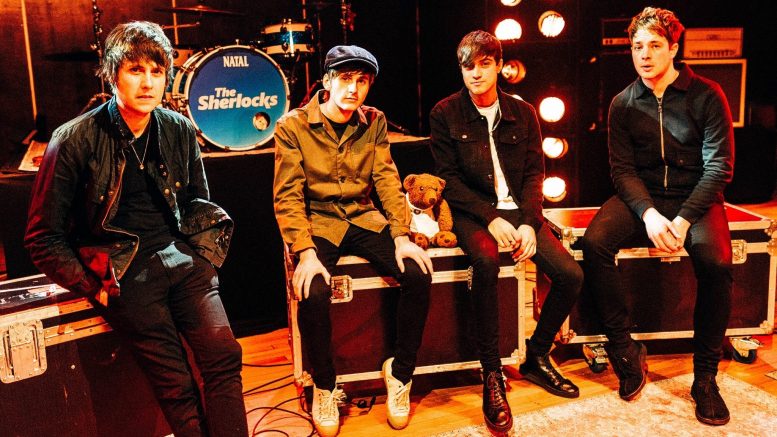 THE SHERLOCKS say they will have beaten the odds when they release their third album in November.

The four-piece play the mainstage at Neighbourhood Weekender on Saturday, but admit problems were stacked against them last year when gigs were cancelled due to coronavirus and founding members Josh and Andy Davidson left the band.

Frontman Kiaran Crook said: “At that point, there was no guarantee that we would be able to carry on. Big stadium acts can afford to sit out for a year, but bands like us need to be on the road gigging to earn a living.”

Instead, the band used their time to recruit new lead guitarist Alex Procter and bassist Trent Jackson and to record their new 11-track record, World I Understand.

Kiaran said: “We didn’t mess about, but restrictions meant we only had two face-to-face sessions before going into the recording studio. We had to practise on Whatsapp. When you look back, it was a nuts way of doing things, but it worked.

“Looking back, the delay gave us time to get everything right – to learn our new songs and to get to know each other.”

Drummer and Kiaran’s brother Brandon said: “There won’t be many other bands that were as productive as us during lockdown. We have a mentality of getting on with things.”

Their third record saw the band team up with Manic Street Preachers producer Dave Eringa, who they first worked with on their single Will You Be There? in 2016.

Together, they retreated to Rockfield Studios for three weeks last summer, a period which songwriter Kiaran described as a ‘defining time’ for The Sherlocks.

He said: “Once we started, everyone stepped up their game. With Trent and Alex there for the first time, this record has captured the excitement of our debut record again. I believe we have made our best album yet.”

Brandon added: “Dave is used to working with acts like The Who and The Proclaimers who know what to do with song structures.

“Back in 2016, we didn’t have a clue what we were doing in the studio, but this time we knew that we could bring plenty to the table with two albums under our belts,” he added.

The Sherlocks, whose single Falling was used by BBC and ITV Sport during Euro 2020 and was a Radio X Record of the Week, have now recorded two albums at Rockfield, the studio on the farm used by acts like The Stone Roses, Oasis and Queen.

“The Ward family, who own Rockfield, said our time there was like being back in the 1990s when bands stayed for as long as needed to complete an album before leaving,” said Brandon.

Now The Sherlocks can’t wait to return to Warrington after previously playing Neighbourhood in 2018. And in the autumn, the band will tour some of the country’s under-threat small music venues.

Brandon added: “Our band was built on playing smaller pubs and clubs, including in Warrington. Without them we would be nothing.”

The Sherlocks play the mainstage at Neighbourhood Weekender today, Saturday. Their album World I Understand is released on November 19.