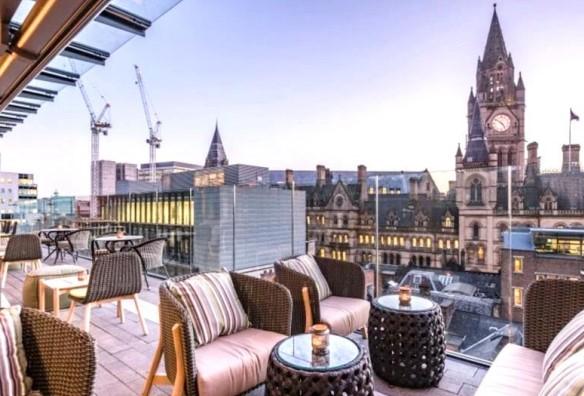 PLANS for a rooftop terrace bar in the centre of town have been approved.

Plans were submitted by The Grand cocktail bar, on Bridge Street near Bridge Foot, to begin work creating a rooftop terrace and bar on the site.

According to planning documents, construction of the rooftop terrace would cost almost £340,000.

The developers also suggest that the site would contribute between £930,000 and £1.3 million in revenue for the local economy each year.

Plans also highlight that the development – if approved – would provide up to 15 new jobs in the area, particularly for those aged between 18 and 25.

The scheme would be similar to ones in Manchester and Liverpool.

READ MORE > The Grand is a real treat for afternoon tea

The bar is located at 122-126 Bridge Street, in the Alexandra Buildings, which were first constructed in the town centre in 1890.

The buildings once housed the very first cinema that opened in Warrington, before its final showing in 1952, and the original structure was demolished.

Formerly the night club ‘Identity,’ and takeaway ‘Fusion,’ the site has been home to The Grand since the bar opened in June 2021.

Specialising in ‘world-class cocktails, fine wines, and craft beers,’ The Grand hopes that the plans will be approved, which will aim to reverse the ‘air of neglect’ that the owners feel is in that part of the town centre.

The scheme was approved by council planning officers this week.