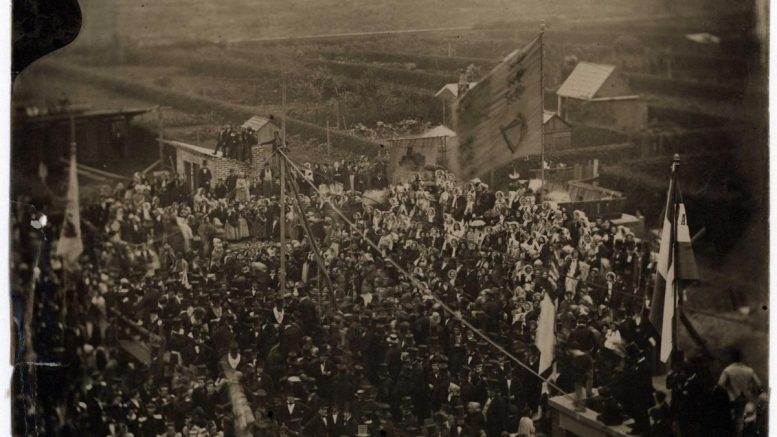 PEOPLE had an appetite for curiosities long before reality TV and social media.

A crowd of more than 2,000 people gathered when the foundation stone was laid for Warrington Museum on September 20, 1855.

Now the museum and gallery, which inspired Alice in Wonderland author Lewis Carroll, is back open after vital work at the Bold Street site was completed.

When it was established it was the first public museum in the north west and the team at Culture Warrington are proud to now boast around 200,000 artefacts and treasures from across the ages.

Janice Hayes, honorary heritage curator, said: “The fact that the museum was here in Warrington so early shows what a forward thinking town we were.

“We were founded in 1848 when there was revolution throughout Europe and a really bad economic state.”

The museum has since earned a national reputation having worked with Tate Britain and the Natural History Museum.

And its recently opened Cabinet of Curiosities gallery has also recreated the original vision of the museum’s Victorian founders.

Where else in Warrington can you meet a mermaid, hang around with a highway man, see a specially commissioned piece by taxidermist Polly Morgan or travel through time and around the world?

“Some of our collections are really quite quirky things,” added Janice, who has worked at the museum since 1977.

“Unlike us the people visiting the museum couldn’t go on the web so unless they saw the real thing they didn’t know what it looked like. So there was somebody from Warrington from the wealthy industrialist families and he had his ‘cabinet of curiosities’.

“He had all these treasures in there and he would show them off.

“We were just laughing the other day because one of the original exhibits says ‘a piece of mosaic from Caesar’s Palace’.

“Nowadays you’d think he had been gambling in Las Vegas but he meant the palace of Caesar in Rome.”

The great and the good of the town – including the Warrington Guardian – turned out for the ceremony when William Beamont, the first Mayor of Warrington, laid the foundation stone.

The laying of the foundation stone at Warrington Museum

Janice, a former history teacher, said: “Today we tend to think of social media and PR campaigns but they were quite canny in that period.

“I think it shows that the people of Warrington were very much behind this. I’m intrigued by some of the people who were there on the day because that photo was taken by Samuel Mather Webster.

“He ran a chemist shop in Bridge Street but he was also an amateur artist. He was involved with the School of Art in Warrington and one of the people in the crowd was a young lad called Thomas Birtles who was a cabinet maker’s apprentice at the time.

“He went on to become the major photographer in Warrington. He photographed the building of the Ship Canal so you begin to think who else is in that crowd?”

The spaces on the corner of Bold Street and Museum Street have been undergoing vital repairs as part of a major restoration of around £360,000.

The maintenance work has focused on the repair of the Grade II-listed building’s roof but there will also be some new things to look out for such as¬ an update of the collections in the local history gallery, a bespoke mural in the archives search room and three new exhibitions.

Due to its age, the roof of the 170-year-old building could no longer be repaired and needed a complete overhaul to ensure it was safe for visitors and fit for purpose to protect the museum and gallery’s collections.

And a celebration and launch event will be taking place on Saturday, April 23 that will be free to attend between 10am and 4pm.

It will include a family-friendly takeover of the whole building with trails and treasure hunts and drop-in activities such as crafts and storytelling as well as workshops and performances.