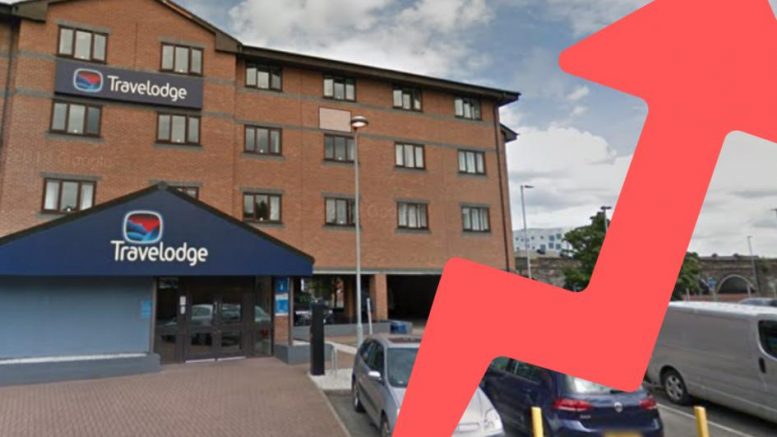 HOTELS in Warrington seem to have increased their prices over the weekend of the Eurovision final.

It was announced last week that Liverpool will host the competition after the UK came runners-up to Ukraine in last year’s show.

Due to Russia’s invasion, Ukraine was not able to commit to hosting the competition, so the UK was chosen as the host country.

Liverpool was selected to host the competition ahead of Glasgow, and the grand final will take place on Saturday, May 13.

In the wake of the announcement, hotel prices in Liverpool have increased rapidly – and so have prices in Warrington.

Usually, booking further in advance means hotels are cheaper, but not on this occasion.

Across seven hotels in Warrington, prices for rooms have either increased or sold out.

Taken across a mix of hotels including Premier Inn, Travelodge, Holiday Inn, and others such as the Village, the Fir Grove, and the King’s Head, the average price for one night has increased by 45 per cent.

For the night of Saturday, October 22 into October 23, the average price for a room across seven hotels was £102.85.

Across the same hotels, five had sold out – the average for the remaining two had increased to £149.50.

#Liverpool, we’re going out out!

Looking at Airbnb venues in Warrington across the same two weekends did not show as rapid an increase in price, but there were significantly fewer locations available over the weekend of Eurovision, indicating that many venues had sold out already.

When booking via Google, one night’s stay in October is £85 – for the Eurovision final, this has risen to £200.