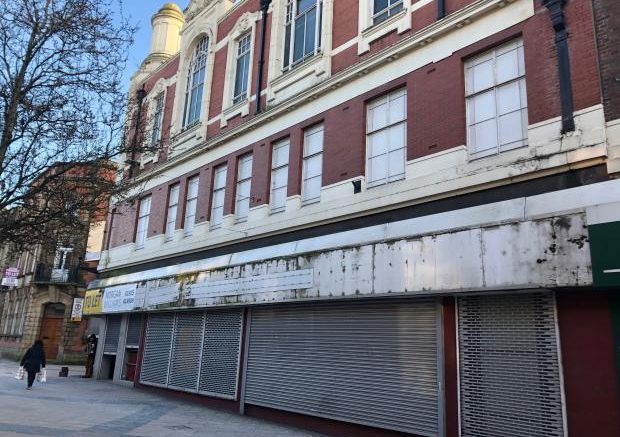 FOUR new occupants – including a pizzeria, a coffee shop and an ice cream parlour – have been announced for a rejuvenated town centre landmark.

The former TJ Hughes building on Sankey Street, which previously housed the Co-op’s department store, is currently being transformed into the Hive WA1.

This scheme hopes to transform the site into a ‘one stop destination that will be a busy hive of activity for work and play’ – including a shopping arcade, bars, restaurants, a gym, offices and a conference and banqueting hall.

And a quartet of fresh tenants has been announced.

Black Sheep Coffee, a London-based speciality coffee shop, has signed up to occupy the ‘prime unit’ at the corner of Cairo Street.

It has taken on a 2,500sq ft space on a 15-year lease, joining its 51 sites presently open within the UK – as well as one in Paris and an upcoming USA expansion, thanks to investment from NBA basketball player Kristaps Porzingi.

Fearnhead-based Ruddies Pizza, which currently operates as a delivery service and operates stalls at events, will open a takeaway in the development.

And Pendergast Steakhouse will take over the former Mojo’s Tapas Bar on Cairo Street.

They will follow the Brass Monkey sports bar, which opened in May and boasts ping pong and pool tables, shuffleboards and live music.

Meanwhile, 3,700sq ft of office space has been let – with a further 5,000sq ft available for coworking offices.

Other plans include converting the original Members Hall into a 14,700sq ft conference and banqueting suite, while planning permission is being sought for a ‘panoramic sky garden offering incredible views to the west’ on the rooftop.

This will include an island bar, four street food kitchens and seating for more than 300 customers.

“If you have a viable business plan and can demonstrate strong commercial acumen or are already established, then get in touch.

The original building was designed by architect John Douglas in the 1860s, but was largely rebuilt in 1908.

It is hoped that the remaining units will be ready to open by the late summer or autumn.