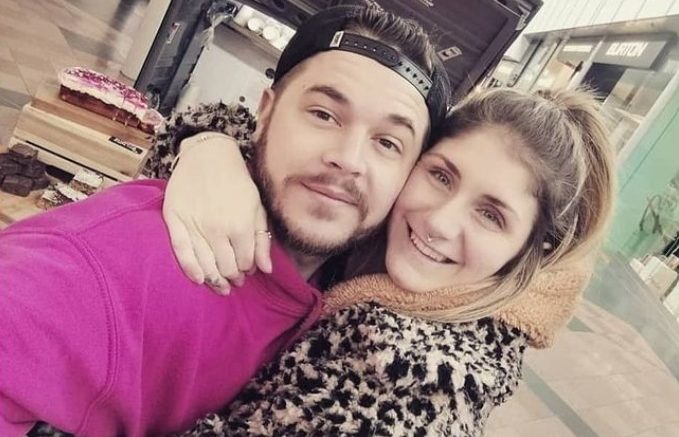 THE van with ‘the best coffee in town’ is looking for a new home in Warrington.

Brewed Boy Coffee Co and Vegan Bakes will have to leave its Golden Square base at the end of the month.

Oli Lee, owner of the van, hopes that someone can save his business.

He said: “To see someone take something with both arms, save something and see what it means to someone would be special.

“To see a town embrace that would be special. Brewed Boy is only a Warrington brand, you can only ever get a Brewed Boy here.

“I do 100 per cent stand by the fact that it is the best coffee in town. There is no better coffee whether you go to Manchester, Liverpool, Leeds or London, this is the best and I’m proud of what we produce.

“If Warrington was to save it, how amazing would that be?

“Maybe it will, maybe it won’t. I don’t want to put pressure on people, I just want to thank those who have supported us and let them know that we will be back – even if it takes a couple of months.”

Oli Lee and wife Sophie Lee in front of the van

Despite the move, Oli makes it clear that there are no hard feelings towards the Golden Square.

The Great Sankey resident added: “The Golden Square were amazing with us through those lockdowns, they really, really helped keep us alive.

“I just have to say thank you for my time, it is a shame, but I do appreciate the support they have given me over the last 12 months.

“It’s been difficult, Covid has halved our takings.

“Change is good and I’m a firm believer in that. We will just keep our eye out for a fresh opportunity.

“Hopefully we can find a new spot.”

Customers have taken to social media to display their love for the van and sadness that it is being moved on.

“We all get bad news from time to time and it’s one of those things,” said Oli, from Wigan.

“It’s really lovely to see people get a bit angry because it makes you feel appreciated and you think ‘maybe it’s not worth giving it up’ because there have been a few times that it has got close to the bone.

“We have just kept going and this could have been with final straw for us with Covid too and maybe it’s time to pack it in, but when you say people say they miss you it does give you a bit more fire.

“I also don’t know how much fire I’ve got left. We could do with a bit of good luck in all honesty with a unit or a space somewhere popular like the market.

“Maybe there is an investor that we will this and go ‘I like that Brewed Boy’ and invest some money in it.

“We will survive somehow. We’re all going through hard times right now and my coffee business is not the most important thing going on right now.

“It’s not been an easy year for anyone especially small businesses.”

Brewed Boy is the only fully vegan coffee and bakes outlet in town – and that is something Oli holds his head high about.

Some of the vegan drinks and bakes Brewed Boy offer

“We are incredibly proud to be able to offer something different. Before Wholesome Junkies came, we were the only food outlet that was completely vegan in this town.

“To come in and do that shows that vegetarianism and veganism and plant-based diets aren’t a fad anymore – it’s a movement, a change and it’s not going anywhere.

“It’s here to stay. Who knows what happens in the coming years?

“More and more people are looking at a plant-based diet and you need people like me that cater for that.

“We’re not just for vegans. It’s just a really nice coffee van that happens to be plant-based which is accessible to everyone.”

The Brewed Boy van in the Golden Square

Oli, who has lived in Great Sankey for four years, encourages shoppers to keep backing their local businesses in and around town.

The 35-year-old said: “Keep shopping in the Golden Square, in the market and on the High Street because the people that live in this town can save it.

“There is a hell of a lot of people that live in this town. If they could come and spend a little extra in-person in town, it will survive.

“We will do something on our last day. We will make it really cheerful and probably give out freebies towards the last couple of hours.

“I don’t want it to be a weird, dreary couple of weeks. I’m going to enjoy myself.”

The vans last day in the Golden Square is set to be Sunday, January 30.