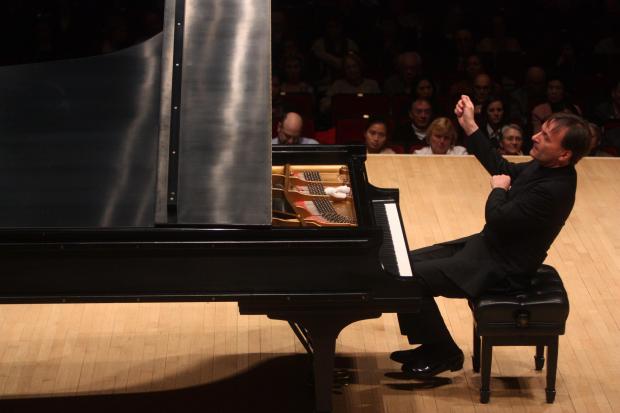 ONE of the most celebrated names in classical music, Stephen Hough CBE, has been awarded a Knighthood for Services to Music in the Queen’s Birthday Honour’s List 2022.

The pianist, composer and writer grew up in Warrington and is the first British-born classical pianist to be made a Sir since Sir Clifford Curzon in 1977.

He went to Thelwall County School as a child and  fell in love with music when he was just five after playing his aunt Ethel’s piano in Grappenhall.

He lived in York Road in Grappenhall and All Saintns Drive in Thelwall.

Now living in London, he is also a patron of Culture Warrington.

Hough received his formative musical training at Chetham’s School of Music and the Royal Northern College of Music in Manchester as well as The Juilliard School in New York. As a soloist, he has appeared regularly with the world’s leading orchestras at concert halls and festivals, including 29 appearances at the BBC Proms where he performed Tchaikovsky’s complete works for piano and orchestra in 2009 and on Queen Victoria’s ‘gold’ piano on loan from Buckingham Palace in 2019. Hough’s solo Wigmore Hall recital in 2020 was the UK’s first live classical music concert in a major venue after the nationwide lockdown earlier that year.

He has also performed many times in various church halls in Warrington.

Hough’s discography of 70 recordings, spanning four centuries of repertoire, has won numerous accolades including eight Gramophone Awards. As a composer, he has been commissioned by Westminster Abbey and Cathedral, the National Gallery in London, Musée du Louvre, the Cliburn Foundation, the Takács Quartet, the Berlin Philharmonic Wind Quintet, among others. As a writer, his book of essays ‘Rough Ideas: Reflections on Music and More’ won a 2020 Royal Philharmonic Society Award. He was made a CBE in 2014, and he was the first classical performer to be awarded a MacArthur Fellowship.

In the forthcoming 2022-23 season, Hough is scheduled to perform 90 concerts on five continents, returning to the Royal Concertgebouw Orchestra in Amsterdam as well as performing the complete Rachmaninov concertos in Brazil and Australia. His song cycle ‘Songs of Love and Loss’, jointly commissioned by Wigmore Hall, The 92nd Street Y in New York and Tippet Rise in Montana, will receive its world premiere. Hyperion Records will release Hough’s recording of Catalan composer Federico Mompou’s ‘Música callada.’

Hough’s memoir ‘Enough: Scenes from Childhood’ will be published by Faber in spring 2023.

TAKE a look at the revamped Mulberry Tree Inn in Stockton Heath. Warrington Guardian | What’s On …

Here’s a roundup of some of the best places to get a dessert in Warrington according to Tripadvisor reviews. Warrington Guardian | What’s On …

Jet off for a week of sun, sand, and relaxation during the month of August, without breaking the bank Cheshire Live – Home…